A White Savior in Another Hue 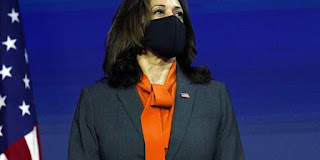 After a historic win, Kamala Harris is the Veep, and Indians are celebrating like they personally had something to do with it. At Thulasendrapuram, where her maternal grandfather was born, folks partied like there was no tomorrow with crackers, sweets, pujas and kolams, never mind that the Veep has probably never set foot there though she does have childhood memories of long walks with her grandfather in Madras because her mum wished for her to know her roots and cultivate a taste for dope idlis. While it is cool that Biden and Harris won by insisting that both are sweeter than a rotten orange (which is hardly saying much) it is hard to comprehend the euphoria that has gripped America and the rest of the world.

It has been ages since India had its first lady Prime Minister, woman President and Chief Ministers belonging to the female gender. Though iconic, the consensus is they all had more of the sinner than saint in them. None of them spent their terms working tirelessly to promote the feminist cause, empower the girl child and alleviate the evils of a world that has been ruined by the male of the species. On the contrary, women and the rest of the citizens continued to muddle along while the divas like the dudes before them went about the dirty business conducted in the corridors of power which is usually not discussed openly unless one fancies being locked up in jail without the prospect of bail. The question is why is everyone assuming that Kamala, more power to her, is some sort of wand – wielding, fairy Godmother type who is going to magically transform the world and make it a better place?

The only major difference between India and America is that in these parts, corruption is worn as a badge of dishonor, and ordinary folks are dully resigned to it, especially since it seems to be part of the job description for career politicians whereas in the United States of A, leaders do the vilest things from behind the polished veneer of their fancy suits and glib tongues espousing liberal values while throwing their weight behind everything that is anything but. Trump did away with the hypocrisy and must be credited with revealing that the position of President attracts jerks and bullies.

US Presidents are expected to do what is best for their own even if it means screwing over the rest of the world by starting wars, abetting the assassination of elected leaders in order to install tyrants of their choosing, and stand by as millions are slaughtered as a direct result of their actions. Biden and Harris promise more of the same – to be the white saviors we don’t want or need. So why are we cheering already?

Putting a Price on the Priceless 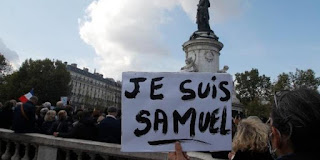 Freedom of expression is sacrosanct and the right to express an opinion even at the risk of giving offense is inalienable. Yet, this foremost of democratic principles is usually under attack, more so in the wake of chilling crimes against those who have dared to antagonize extremists. Outrage especially when escalated by social media has deadly consequences. In Paris, the beheading of a teacher, Samuel Paty after he shared caricatures of the prophet Muhammad with his pupils has led to widespread horror and condemnation. He was allegedly attacked by an 18 – year old who was later shot dead by police officials.

The tragedy is the second attack to take place during the trial of those behind the appalling Charlie Hebdo massacre in January, 2015. 14 people are currently being tried for the killings at the French satirical newspaper. Shortly after the trial commenced this year, two members of a television production company were stabbed outside the former premises of Charlie Hebdo in response to the newspaper’s decision to republish their controversial and inflammatory caricatures of Muhammad in pornographic poses. Paty’s demise following this attack has reignited the debate surrounding free speech. Back home, a feel good ad that inadvertently sparked indignation was taken down when pressured by right wing trolls which in turn generated outrage among liberal wokesters. This has drawn attention to questions pertaining to personal and professional liberties being curtailed in a prevailing atmosphere of increasing intolerance.

There are many who stand firmly behind democratic principles but many more are asking if freedom of expression is worth it. Nobody (or at least anybody with a shred of decency) denies that it is indisputably wrong and unforgivable to kill people for their ideas, opinions and cartoons but there are also those who wonder if free speech justifies upsetting religious sentiments, jeopardizing inter – faith harmony and risking death.

Charlie Hebdo like the ghouls on social media have prided themselves on their vulgarity, crude depictions, irreverence for all things religious, and staunch refusal to incorporate nuance, subtlety, thoughtfulness or good taste into their editorial decisions. Personally, I found their cartoons of 3-year-old Aylan Kurdi, a Syrian refugee whose drowned body had washed up in Turkey, disgusting and distasteful in the extreme. However, as a matter of principle, it is important not to indulge those who take offense and feel free to be as thuggish as they please with negligible respect for the rights of others. By urging people to recalibrate their sensitivities and sensibilities perhaps we can lessen the impact of virulent outrage and outright hatred. We also need to remember that freedom and tolerance are never without limits. Nothing endangers liberty more than a tendency to take it too far.