Infinite Variety: A History of Desire in India by Madhavi Menon is just what it says it is and so much more. Frog – leaping between a history of impurity, dargahs, the zero, suicides, law, make – up, psychoanalysis, sambandham, paan and sexology, with verve and gleeful abandon Menon takes the reader on a rip-roaring ride across the variegated landscape of love, lust and longing in this land where paradoxically sexual progressiveness and repression have thrived side by side, with neither yielding an inch to the other. When it comes to all things Indian, a strictly scholarly approach seldom works which is why Menon’s writing which is a combination of academia and practicality stemming from her keen awareness of ground reality is refreshing.
As Menon rightly points out much of India’s obsession with high – flown notions of purity and morality believed to have its roots in ancient wisdom and a glorious heritage is in reality the result of a cultural imposition of colonial puritanism and Victorian prudery. She also emphasizes that sexual practices considered taboo in many parts of the world including but not limited to homosexuality, adultery, cross - dressing and transsexual relationships have long been treated with a degree of acceptance in these parts that puts present day moral policing and the draconian section 377 to shame.
Bolstering her case with anecdotal evidence and factoids culled from popular folklore, mythology, classical texts, songs and even, Bollywood, Menon succeeds in capturing the essence of the messy history of desire that has long defied attempts to classify it into neat little categories with labels. In her own words, “Today, the public assertion of identity by sexual minorities is considered a victory, but it also signals the defeat of a history of desire that was resistant to, and flourished by not, being named. Not because it did not dare be named for fear of god or the law, but because it participated in too many pleasures to be able to count them all.”
In choosing to look for desire in unlikely places such as in the love lives of queer grandparents, boarding schools, poetry of Sufi mystics, forgotten tombs, Sabarimala, hair salons and even calendar art, Menon manages to broaden the horizons of our own understanding of it. Dashes of humour spice the narrative with its salubrious take on all things sexual and makes for delightful reading. The puerile obsession with bhabhis, canoodling in parks and porn evidenced by Indians is hilarious especially when juxtaposed against Yoga and grammar. In a similar vein, Menon highlights the opposing faces of sexuality by hearkening back to Vatsayana’s Kamasutra and the notorious Manusmriti. Like her one can’t help but wonder how things would have turned out for all of us, if our British conquerors had based the legal system on the former manuscript rather than the latter.
Regrets aside, Menon’s tome is ultimately hopeful because it asserts authoritatively that when it comes to desire, which is ever fluid and constantly evolving, “rigid distinctions cannot hold.”

This book review was originally published in The New Indian Express.

Posted by Anuja Chandramouli at 4:14 AM No comments: 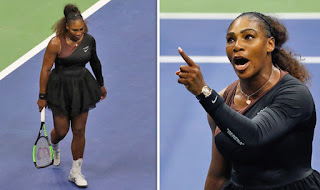 When it comes to what women wear, everybody has an opinion. There is always somebody seeking to enforce some weird dress code, making it an issue in social as well as professional spheres. Recently, there was an almighty hullabaloo over Serena Williams’ sensational cat suit which was banned at the French Open (not that her sponsors would ever allow her to repeat an outfit for a fresh season! Quelle horreur!) and a whole lot of chatter over her tulle tutu at the US Open. Elsewhere in the world people debate the right to wear burkas and burkinis. Closer home, one can recall instances where celebs were pulled up for their fashion choices that failed to respect our glorious Indian traditions and culture. Priyanka Chopra was excoriated for wearing an ‘insensitive shirt’ that offended refugees, Jhanvi Kapoor and Sahana Khan are kept in the news for wearing bikinis at pool parties and the twittererati work themselves into a tizzy defending or denigrating their sartorial choices.

Of course, for those of us who don’t have to deal with the hardships of being one among the glitterati, there is still a permanent dress code to contend with or the perennial pressure to look as good as Anushka Sharma does. Schools are forever enforcing rules, insisting that their female students wear longer skirts or restrictive salwar kameez sets with attached dupattas. There was even an institution in Pune that tried to regulate the colour of underwear worn by students! In social settings women are slut shamed for being too hot, showing too much skin or wearing outfits that embrace their curves a little too lovingly though one can never be certain about how much is too much. And there is worse to come. 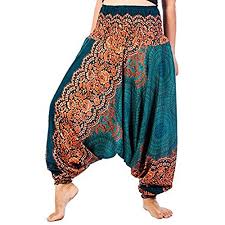 If you are someone like me who firmly believes that life would be far more fun if we were allowed to sail through it wearing nothing but plus – sized tees, shorts, tracks and harem pants then there is the definite risk of being prude/behenji shamed for not being hot enough in addition to dealing with not entirely unfounded accusations of being fugly, frumpy or a fuddy duddy. It is a cruel world out there for those of us who choose to liberate our inner dowdy diva by stepping out wearing flip flops having opted for comfort over couture.
Forget patriarchy, it is about time women addressed their enslavement by the fashion police and custodians of overpriced couture who bully us into squeezing ourselves into stilettos and flesh coloured thongs (wedgie alert!), insisting that it is the empowered thing to do. As is ridding ourselves of unsightly bodily hair, frizzy tresses, natural curls, meat on the bones, and the occasional blemish using pricey products foisted on us by the cosmetic industry. That way, we spent more time and money than we can afford prettying up to meet the impossible standards of conventional beauty when we could be doing something far more constructive, instructive, edifying or enjoyable such as working on our ahem, inner beauty or lazing on a couch, and stuffing our faces with nutella cheesecake.
Ladies, it is time to wake up to your rights! And that goes double for you Serena Williams, I recommend shorts. It is the champion’s choice!

This article originally appeared in The New Indian Express.
Posted by Anuja Chandramouli at 5:09 AM 1 comment:

A Frustrating Exercise in Feminism 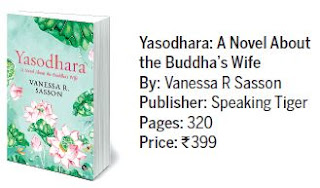 The Buddha is one of the most beloved and revered figures in the realms of history, mythology and legend with his teachings resonating to this very day. The luminescence of the enlightened one is such that it is hardly surprising that he wound up eclipsing the rest of his contemporaries. With Yasodhara: A Novel About the Buddha’s Wife, Vanessa R. Sasson makes a commendable effort to give voice to a character who has been given short shrift in the numerous accounts of the life and times of Gautama Buddha.
Attempting the resurrection of such a character is a thankless task given that historians, storytellers, and scholars have traditionally been so taken with the Buddha and his marvellous achievements, they have been shockingly lapse when it comes to providing information about his consort barring vague nuggets. These lamentable holes often prove impossible to plug. Which of course means, researchers will have to content themselves with a whole lot of speculation and work their way through oceans of material on the Buddha in the remote hope of catching a glimpse of Yasodhara, and somehow find a way to use artistic license coupled with a febrile imagination to flesh out such an ephemeral presence and somehow capture her essence while bringing to life the times she lived in and the momentous events which illuminated that period.
Sasson makes a game attempt but the result is far from satisfactory. The author is keen to illuminate her narrative with feminist approved principles and she is well within her rights to do so, but the effect feels downright jarring in parts and entirely anachronistic in others. Barring the well – known names, the yarn may well be about an implausible modern – day dysfunctional couple with an overdose of melodrama. Within the fictional framework, one can forgive the occasional strain on credibility provided it is convincing but it is hard to buy that a Princess of the Sakya clan would pound unrestrainedly on the charioteer’s chest in a hysterical fit of grief or argue heatedly with the royal priest and her king in the presence of the gathered assembly on a formal occasion.
Even worse is an overwrought scene where Yasodhara is assaulted (while she is arranging flowers in a guest room!) by Devadatta who is portrayed as a villain in many Buddhist texts and fights back, using her mother – in – law’s help to throw him out of the window. Even if one were inclined to suspend disbelief at the depiction of a man casually sauntering into the seraglio, the hallowed space traditionally reserved exclusively for the ladies and misbehaving with his prince’s consort, this contrived bit of rah – rah feminism leaves a bad taste in the mouth.
Clearly a lot of painstaking research has gone into the making of this novel going by the copious notes and detailed bibliography supplied, which makes Sasson’s decision to leave out Yasodhara’s own journey towards enlightenment as well as the miracles she was supposed to have performed, all the more flummoxing. Yasodhara is often exalted as an arhat, belonging to the highest order of saints, credited with spiritual powers that may have been comparable with Buddha’s since she was the one who was aware of their many past lives where she was always his constant companion and faithful consort even when they were born as animals. It is a pity this aspect hasn’t been explored.
The pieces of the story are too carefully assembled to be organic and clumsily greased together with stilted dialogue that desperately seeks to inspire and elucidate but in the end is merely stultifying in the extreme.


This book review was originally published in The New Indian Express.
Posted by Anuja Chandramouli at 1:50 AM No comments: