FREEDOM OF EXPRESSION AND ITS REAL FOE 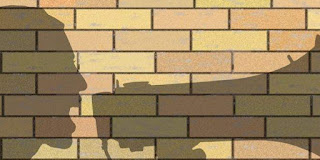 Freedom of expression is sacrosanct and I have always taken issue with those who would seek to curb it. It is the inviolate right of the people to give voice to their thoughts and speak their minds (never mind that we would all be better off if we kept out traps shut more often and refrained from spewing stuff and nonsense) without the fear of being clapped in chains, thrown in jail, slapped with a lawsuit or assorted repercussions. Yet, there are too many painful examples of journalists, activists, writers, artists and outspoken people in general being muzzled, sued, harassed or killed outright.

Ever since we won freedom in India, FOE seems to be the first casualty every time the ruling party wishes to pull the wool over our eyes when it comes to their more dubious dealings and unscrupulous activities given their commitment to only disseminating information designed to make it look like the sun shines out their nether ends. Which is why it is bloody awful when a British born Indian columnist who wrote an incendiary piece about the “Divider – in – Chief” for a foreign publication, has his status as an Overseas Citizen of India revoked. Not only is it unsurprising but a stark reminder that India may not quite qualify as the largest democracy in the world unless we are referring solely to its burgeoning population.

While this is the sort of thing that prompts one to make like Greta Thunberg and call for revolution, bristling with righteous wrath, I can’t help but concede, that we have only ourselves to blame for the gradual erosion of the basic rights we have taken for granted. Knowing as we do, that every single one of the freedoms we enjoy today has been won after long, excruciating and often bloody struggle we nevertheless feel free to squander it all away on inanity, frippery and selfish self - indulgence without ever pausing to consider the sacrifice made by those who gave their lives for this land.

Even something as sacred as FOE is forever being misused. It is not just the trolls who are practically expected to abuse and provoke by sending vulgar messages pertaining to lewd and lascivious acts or vicious threats outlined with unforgivably bad grammar and worse spelling, but the militant progressives as well with their fanatical commitment to wokeness and an unwillingness to listen to dissenting points of view. Together, these extreme factions have drowned civil discourse almost entirely. Everybody seems to feel entitled to be as obnoxious as they please not bothering to even hesitate before pulling out all stops to annihilate the lives and careers of those who dare to contradict whatever ideology is currently in fashion.

We have forgotten that human beings are complicated creatures who are definitely more than the sum of their worst tweets. That purveying fake news on Whatsapp because it validates our biases is doing a disservice to fellow citizens. Of course, the government needs to clean up its act, but it is still wise to look within and ask ourselves if we are worthy of the rights we are losing. Now more than ever it is important to reinforce our commitment to honesty, integrity, decency and kindness before the chickens come home to roost and crap all over us.

This column was originally published in The New Indian Express. 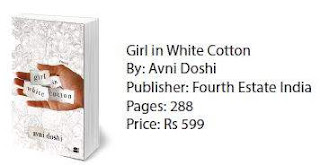 Mothers are traditionally revered and with good reason. They bring forth life into this overcrowded world after all. It is also believed that it is only a mother’s love which is pure and entirely selfless. Most mums will be happy to assert that it is all codswallop. Few of that extremely disgruntled and overworked lot would appreciate being placed on a token pedestal given that they are not paid or appreciated enough for the gazillion chores they are expected to shoulder on a daily basis. Sometimes, the very nature of the job with its attendant stressors can make the mommies depressed, resentful, and mean.

Avni Doshi’s ‘Girl in White Cotton’ is a delicate, yet powerfully rendered sketch of a dysfunctional mother – daughter relationship and an evocative read. Told in spare and elegant prose from Antara, the daughter’s perspective, Tara, tends to come across as something of a mommy from hell. She is a loose cannon and a rebel without a cause, choosing to walk away from an admittedly ill – suited marriage, straight into the arms of a charismatic Casanova/Guru with her young daughter in tow. Tara is not the sort to comfort her little one who suffers from nightmares and is unable to acclimatize to a strange new place, where her mom has no time for her and tends to disappear with her Guru into his boudoir, leaving her to get by as best as she can. If Antara insists on acting up to get some attention, odds are she is going to be physically or verbally abused.

Later when the reprobate Godman replaces Tara with someone younger, she leaves in a huff and is infuriated when the husband and parents she walked out on are not exactly falling over themselves to help her out of the hole she dug for herself. Probably with the view to cut off her nose to spite her face, Tara decides to become a beggar before eventually returning home in disgrace and hooking up with an unsuitable artist type.

Antara regales the reader with an account of her mother’s shenanigans and the privations she endured on her account. She talks about befriending a stray dog while living on the street, attending a boarding school run by a sadistic nun who takes corporal punishment to extreme levels and dealing with weight issues because she is always tempted to fill the emptiness and angst gnawing away at her insides with food.

Eventually though, the shoe is on the other foot. It is Tara who enters her second childhood as she begins to lose her memory and finds herself at the mercy of a daughter whom she has wronged. Antara clearly takes after her mother as she discovers her own propensity for cruelty and vindictiveness. Though Antara is married to a wonderful man, the demons from her past hold her down and she flails about in the depths of misery with only her mother, turbulent memories and dreadful secrets for company.

It is terrifying how well – equipped mother and daughter are to tear each other down, though they continue to need the other desperately. In the end, when Antara brings new life to inhabit the sticky web of betrayal, hurt and resentment she has woven with her own mother, one can’t help but shudder in grim anticipation.

This book review was originally published by The New Indian Express.