Kaala and its Caste Politics

A Rajinikanth film is a pan – Indian phenomenon. His latest cinematic offering is Kaala helmed by Pa. Ranjith, whose passionate ideology has taken the director in him captive. Not surprisingly, everybody has an opinion on the film provoking vehement debate but this time around it is not about whether the female lead looks young enough to be his daughter or grand-daughter but dicey subjects like dirty politics, institutionalized murder, communist ideals and most importantly, the evil that is casteism.
Ranjith deserves credit for having the cojones to use the Superstar’s commanding screen presence and magnetic persona as a mouthpiece for his brand of propaganda that includes agitation and education to hopefully eliminate the issues plaguing the oppressed. Of course, the irony is that his hero dutifully mouthed the foolishly idealistic lines endorsing impractical revolution to great effect in reel life while earning public outrage for siding with the establishment during the Sterlite crisis and warning that Tamil Nadu will become a graveyard if its people choose to protest about everything in real life. Between Rajinikanth’s shenanigans on and off screen, the good news is that people are finally talking about things they are normally content to ignore such as untouchability and caste politics. But on the flipside is the devastating realization that this film throws light on a bigger evil while being part of the problem. 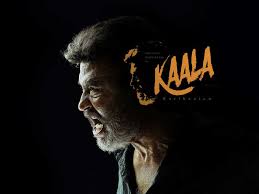 The caste system is an ancient evil that still has a stranglehold on this land and is as far from being eradicated as it ever was. This is an irrefutable fact and it is a matter of abject shame that we haven’t stopped this monstrosity from defining India. What is the point of our constitution banning discrimination on the basis of caste if we are doing precious little to implement it? For the ostensible reason of righting a historical wrong, the quota system has been introduced in educational and government institutions, thereby ensuring that caste continues to prevail and we fail our best and brightest by denying them a level playing field.
It doesn’t help that the politicians continue to fan the flames of caste – based rancour which is a very routine part of their vote – grabbing devilry and we allow ourselves to be gulled. News hounds with their incessant bid to whip up outrage and generate chaos do their utmost to convince us that in India we simply cannot get by without lynching Dalits or bashing Brahmins. Now the filmmakers have joined the circus albeit with good intentions worn as a badge of honour thereby furthering this poisonous discourse.
It is high time we tore up the caste system by its rotting roots. This hideous practice has to be obliterated and surgically removed like the cancer it is from our collective consciousness, quota system be damned. We can begin by ignoring stars with political aspirations, demagogues wielding directorial batons, news stories that promote hatred and unscrupulous politicos who seek to divide and destroy for electoral gains. Then we need to keep on fighting till we have completely forgotten what this caste crap is all about. It is that simple, if only we try.

Posted by Anuja Chandramouli at 7:12 AM No comments: