My interview with Nikhil Narkhede of WriterStory, where I talk about a few of my favourite things namely, books, writing, Arjuna and Kamadeva! How fun is that?
Excerpts: 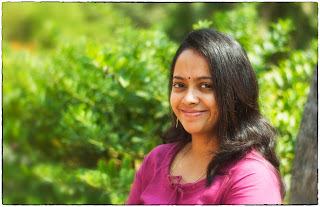 What inspired you to start writing?

I have absolutely adored books and stories from the time I learned to read. There are few things in life more satisfying than a really good yarn and my favourite pastime is curling up with a nice novel. Writing was the natural progression of my lifelong passion for reading as I simply wanted to make my own contribution to the literary world and take my place among the storytellers.

What did you like to read when you were a girl?

Enid Blyton was an especial favourite and so was Amar Chitra Katha. I also read Frances Hodgson Burnett, Louisa May Alcott, Susan Coolidge, Elinor Brent Dyer, and Charles Dickens. At one time, I was really into the Nancy Drew (Carolyn Keene), Three Investigators (Alfred Hitchcock) and Sweet Valley series (Francine Pascal)!
I started reading Sidney Sheldon, Jeffrey Archer, Stephen King, Wilbur Smith, Sherlock Holmes (Arthur Conan Doyle) Agatha Christie, Jane Austen during my teens and I am still partial to them.
You can read the rest here.
Posted by Anuja Chandramouli at 4:46 AM No comments:

Director Rajamouli's magnum opus starring Prabhas, Rana Daggubati, Anoushka and Tamanna Bhatia is shattering box office records all over the world. And it is only the beginning, Baahubali: The Conclusion will be released in 2016 and is likely to do even better. I watched it on opening weekend and was left somewhat underwhelmed. As a huge fan of the directors earlier offerings - Magadheera and Eega, I felt this wasn't his best work. 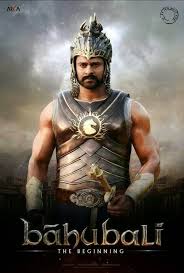 Baahubali chronicles the tale of an ousted Princeling who grows up and inadvertently stumbles upon his origins, lured by a provocatively clad apparition with hips that just won't quit to make his way past a spectacular waterfall to the forbidding mountain Kingdom that is his birthright. The film started off impressively enough before getting hopelessly enmeshed in a love story that is so bad it is embarrassing. Despite that particular hiccup, there is just enough to keep you invested in the happenings on screen thanks to fine performances from veterans like Sathyaraj and Ramya Krishnan.

The second half gets started on the flashback and just when it begins to heat up veers into an inexplicable item number and a gorgeously mounted battle sequence that teeters precariously between terrific and tedious, before limping to an abrupt ending. Its flaws notwithstanding, the film is definitely worth a watch for the jaw - dropping special effects and the care that has been lavished on it by the director and his team.

While watching the film, I kept trying to recall the story of the real Baahubali (strong - armed) and drew a blank. All that came to mind was a huge statue, the location of which I knew was at Sravana Belagola. So I looked it up and decided to share the story with those interested. It was quite fascinating and mythology lovers are sure to agree!

Baahubali is a revered figure in the Digambara Jain tradition. His father was the Tirthankara, Rishaba. There are 24 Tirthankaras and they are the founding fathers of Jainism credited with steering their follows towards nirvana by means of their holy teachings. Mahavira was the 24th and last of the Tirthankaras. Rishaba had two wives. He had a hundred sons with the first wife and the eldest one was named Bharata. His second wife bore him Baahubali. Rishaba divided his Kingdom between all his sons, though he gave a larger portion to Bharata. Not satisfied, Bharata made his brothers submit to him one by one. Baahubali alone held out, refusing to yield and the Kingdom stood on the brink of civil war and ruin.

Urged by their ministers and elders, and in the interest of preventing a bloodbath the belligerent siblings decided to slug it out mano y mano. They fought many duels which included gazing into each others eyes till one blinked (Dhrishti Yuddha), debate (Vak Yuddha), hand to hand combat (Bahu Yuddha), boxing (Mushti Yuddha), wielding staffs (Danda Yuddha) and discus (Chakra Yuddha). On and on the behemoths duelled till, Baahu lifted up his sibling and held him aloft in those mighty arms for which he was named and stood poised to turn his brains to mush. At the penultimate moment, he paused. Deeply ashamed of himself for being ready to kill his brother over a measly piece of land, Baahubali decided to exorcise his anger demons through asceticism. 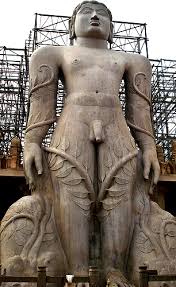 Not to be left behind, Bharata took up asceticism and in the friendly spirit of sibling rivalry that had come to define their lives, Baahubali and Bharata raced each other to see who would achieve moksha first. We can safely assume that it was Baahubali who triumphed, since it is his name that has gone down in history and mythology both and he is the one in whose honour massive statues have been erected in Sravana Belagola and Udipi. Jai Baahubali!