My Beef with JK Rowling

Book lovers owe JK Rowling a lot. She gave us Harry Potter. For many of us who grew up with the boy who survived, life became more magical for having expanded to include the meticulously detailed world she had created and brought to such glorious life. Thanks to her efforts, millions of readers were birthed throughout the world who would have otherwise spent the developmental phase having their brains turned to bread pudding from overexposure to their Television sets. Instead we all learned to expand our minds and hearts, were taught valuable lessons on the evils of discrimination, intolerance and cruelty to other species in a fun way without ever having to endure being preached at in addition to acquiring a keen appreciation for the Queen’s English. You have to love JK Rowling for this and more.
In recent times, though I have come to admire Harry Potter’s creator even more, because she doggedly worked on the series and gave us the seven books that were promised without leaving us high and dry like the recalcitrant author of a certain epic fantasy series featuring a delicious plot, violence, nudity and dragons. Having acknowledged her overall awesomeness, let us move on.
Some of the Potter maniacs (like myself) were less than ecstatic when Rowling sold the movie rights thereby forcing Daniel Radcliffe and the exquisite Emma Watson into our consciousness every time we re – read the books. The casting choice for the latter was particularly galling, since the book clearly describes Hermione Granger as bushy – haired and ‘long – molared’ whereas Emma Watson was the cutie who grew up to be a hottie. And then there was the endless stream of merchandise which was foisted on us by vested commercial interests. How are we supposed to believe in Harry Potter’s innocence and the purity of his soul when he has become a hack coercing us to buy crap we don’t really need? But this was a minor offense compared to what came later. 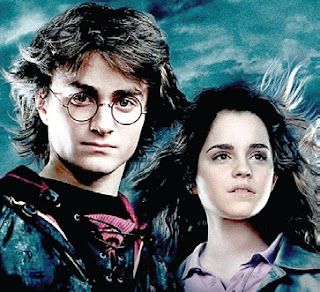 When the seventh book came out, Potter fans were delighted that Rowling had seen fit to spare Harry and his two best friends especially after their creator had seemed inclined to go on arbitrary killing sprees which saw her bumping off beloved characters like Dumbledore (I went into hysterics when the great man passed), Sirius Black, Hedwig, Fred, Lupin and Tonks with indecent haste. We bid adieu to the beloved characters who seemed peaceably settled into the humdrum rhythm of a monotonous life. But the author seems to have trouble letting go.
In the decade since the release of Harry Potter and The Deathly Hallows, the last book of the series, Rowling has taken to releasing endless titbits of information related to the Potter World in interviews or via social media. Some revelations were momentous like the bombshell which exploded to reveal Dumbledore was gay and or that Harry and Hermione should have ended up together (Gasps!) while others were trifling, for instance, Teddy Lupin is in Hufflepuff. This compulsive need she seems to have to return to the wizarding world for regular nip and tuck procedures with the occasional augmentation, enhancement or implant while not outright grotesque does seem indicative of a process addiction that does not bode well for the writer and reader both.
Those who devoured her books word for word tend to feel cheated when all these fresh additions are sneaked into a constantly burgeoning database that is destined to remain unwritten and therefore not technically a part of the story proper. Which is why it is annoying to be told that Dumbledore was gay even if it makes sense because it would made even more sense had it been properly woven into the narrative. Harry and Hermione shared a beautiful friendship without a whiff of romantic love or sexual tension which is why it stank when Rowling shot that all to hell. As for the rest of the tweaking, why not give it a rest already?
It is the sort of thing that makes one suspect her intentions and wonder if it is a marketing ploy to keep interest levels high since there has been official confirmation that there is a Harry Potter sequel play and three prequel films in the works all of which will also be released as books. Hopefully Rowling knows better than to damage the world she has so painstakingly created by reducing sweet Harry to a soul – sucking sell out, fouler than a dementor!

The edited version of this column appeared in The New Indian Express.

You know that times are bad when headlines are obsessed with the Duchess of Cambridge’s bum. Apparently she had a wardrobe malfunction during her tour of India that may or not have revealed her bare bottom in all its glory and it was all people wished to talk about. Those who could not care less for Princess patootie may have skipped these articles only to be told that Kangana Ranaut and Hrithik Roshan are currently engaged in a mud – slinging match with gobs of the stuff landing on the pope when the odds of a pretty boy landing a date with him was raised. If you were to persist in trying to find something else to read, you may be suckered into a long drawn discussion on the odds of Virat Kohli and Anushka Sharma getting back together because the latter has unlocked the secret to preventing dandruff as well as hair fall in addition to losing another two kilos on her derriere.
Could it be true that deep down at the core, we are all just shallow, superficial twits? Is there no way to help our inner wannabe intellectual who has long been drowning in the dumbness we imbibe on a regular basis? What about the Zen Philosopher seeking enlightenment or the curious scientist who seeks to solve the world’s pressing problems? Needless to say both are doomed to die as well if we keep feeding them pointless information shovelled out by celeb watchers involving boob jobs gone wrong, leaked videos that chronicle a starlet’s sex life or torrid affairs that bit the dust.
It is now more important than ever to embrace the inner geek and nerd we are capable of being rather than limit ourselves to being hopelessly enamoured of those who play geeks and nerds with such effusive charm on the Big Bang Theory. After all it is the clever ones among us who figure out ways to solve the problems that plague our planet and invent remarkable gadgets that make our lives so much easier.
Surely we would rather be the genius who figured out a simple, inexpensive, non – violent way to end poverty, racism, illiteracy and disease rather than the vacuous thing who devoted his/her life towards achieving a gym – ripped body that is the envy of pudgy neighbours, bathing in fairness creams so that someone says ‘Wow! You are too fair to be an Indian!’, buffing the body to a fine sheen without gross cellulite or stretchmarks, all so that a prefect Facebook profile pic which comes with a guarantee of 1000 likes might be clicked?


If yes, it is time to make the effort to become a smart person who knows enough to discuss world politics, science, mathematics, philosophy and current events (excluding the shape of Kate Middleton’s abs post the baby) without aid from a smartphone. To do that it is time to read more sensible shit, eschew buying stuff that promises to get rid of the dusky skin you were born with, try and learn something that will make you a better person and less of a greedy, grasping moron and finally encourage cleverness in yourself as well as in others so that it may grow wings and fly us all away from the morass of stupidity in which we have gone and trapped ourselves.

An edited version of this piece was carried by The New Indian Express.
Posted by Anuja Chandramouli at 10:43 PM No comments:

I got these really sweet emails from my readers and am sharing them with their permissions. They really made my day J
This one is from Rajinder Singh (Dr), Jalandhar: 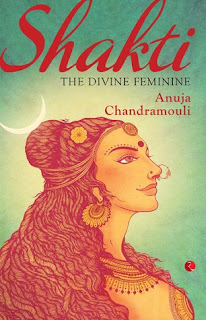 Dear Madam,
I have read Shakti and congratulate you  for writing such a wonderful book.   Those of religious bent of mind have only some vague ideas of what our gods and goddesses have been doing without any scruples. Shiva-Brahma-Vishnu, Shiva -Shakti,, Indra-apsras-gandharva, sages and savants find a mention in our religious books. The way you have written in such a forthright manner clears the mist around them. In our Granth Sahib (The Holy Book of the Sikhs) countless references have been to Pauranic characters. Similarly Guru Gobind Singh has written quite a lot about Chandi and Durga and her fight with Mahishasur.  I place this book at a higher pedestal than the most gripping novels, or world classics. Congratulations again. I would like to read your novels also in course of time.  I am also a writer, though a very ordinary. I have written 15 novels in Punjabi and English and Hindi too. I have translated 95 books into English from Punjabi-Hindi-Urdu. Insofar as wirting is concerned I am beholden to you. I have learnt quite a lot from your beautiful style and the great treasure of words/your command over the foreign language (English).
The second one is from Madhu Shikhare, Hyderabad:
Interested in shakti per se and in mythology, i am loving the book.
The context is different many time than my knowledge but its a different view.

The lanuguage is so rich that being a lover of english language its acting like a healer to my soul where I see the langauge murdered every day.

Also I cant miss the psychological angle when all is analysed.

Over all i just loved it thank you so much for this piece of work.

With gods grace someday maybe I can meet you.