FEMINISM: A CRONY OF CAPITALISM

‘Period. End of Sentence’, a film about menstruation won big at the Oscars. Some folks cheered loudly but others have been quibbling about it. The arguments raised, pertaining to exploitation in the making of the film and careless dispensation of faulty statistics, got me thinking. Nowadays, it is becoming increasingly obvious that no matter how well intentioned the feminist cause may be, inadvertently it has served the interests of big business above all else. 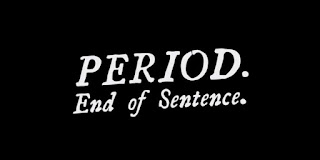 Is it so terrible to use cloth instead of pads while menstruating? Padmen who make a fortune selling sanitary napkins have informed us that cloth is for curtains and civilized, empowered women are better off using their more expensive product. After all, pads are far more comfortable and convenient, even if they are not biodegradable. Besides why should women bother about the environment when it is doomed anyway? It is simpler to vilify cloth, even though it was good enough for our grandmothers who certainly were not unfortunate, illiterate, and miserable savages who did not know better. I remember an older woman who explained that in the good old days, they would all have a box filled with clean rags that were used, washed, boiled, dried, replaced and reused every month.
Of course, I am not advocating that we go back to the days of restricted movement while menstruating, with the stigma thrown in for good measure. But I am merely pointing out that cloth wasn’t too bad and sometimes, women like to take three days off from their never –ending chores and workload. Therefore, if there are ladies out there who prefer to use cloth, perhaps we should just leave them alone instead of making condescending movies with sad music about their wretchedness.
This applies for innerwear as well. I was told that earlier, women belonging to the lower castes/classes were ‘not allowed’ to wear blouses or bras and it was only in the latter half of the British reign that they were emancipated. But surely those ‘poor, unfortunate’ women weren’t exactly complaining? In certain parts of the country, like in Kerala it was perfectly acceptable for ladies to go about their work, topless which had to have been ideal given the sweltering conditions. Then came the dark day, when marketing ploys were successfully employed to convince the female of the species that the smart, sexy and sassy among them were the ones who bound their breasts behind the satin, lace and underwire reinforced lingerie that Victoria’s Secret had helpfully purveyed at an exorbitant price. And of course, the civilized thing to do was to conceal these behind tailored blouses!

Don’t even get me started on beauty product hawking conglomerates who decided that the only use they have for feminism is to cash in on it. Women are told that their social currency is tied to their ‘natural beauty’. Therefore rather than devote themselves to their studies, personalities or jobs to get ahead in their lives, it would behove them to make looking good, a full time job. Today, if a girl is not exquisitely groomed and expensively branded out from head to toe, then she may as well go back to the cave she supposedly emerged from. Bring out the war paint, ladies, it is time to free feminism from the chains of consumerism!
This artcile was originally carried by The New Indian Express.

Posted by Anuja Chandramouli at 6:35 AM